All You Ever Wanted to Know About Insurance

Earthquake coming? Are you prepared? 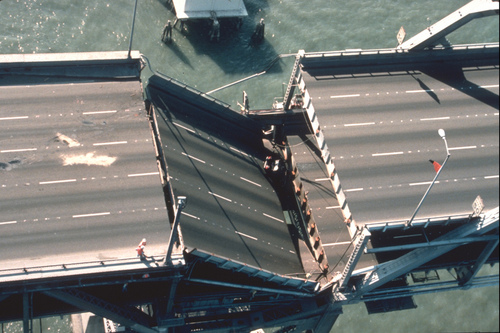 At Kessler Alair Insurance we are always trying to help our clients get prepared for the natural disasters that are common to our area.  Preparing emergency kits for your car, your home and at your work have been previous topics of our newsletters.  We even took steps to store food and water and emergency supplies in our office locations as we participated in "California's Great Shake Out"- the largest earthquake drill of its kind in our state.

We were again reminded by a local news station this week and wanted to pass the information along to you.  The article is detailed with many videos so we have placed the text of the article here but highly recommend that you visit

Scientists are virtually certain that California will be rocked by a strong earthquake in the next 30 years. Now they say the risk of a mega-quake is more likely than previously thought.

The chance of a magnitude-8 quake striking the state in the next three decades jumped to 7 percent from 4.7 percent, mainly because scientists took into account the possibility that several faults can shake at once, releasing seismic energy that results in greater destruction.

While the risk of a mega-quake is higher than past estimates, it's more likely - greater than 99 percent chance - that California will be rattled by a magnitude-6.7 jolt similar in size to the 1994 Northridge disaster. The chance of a Northridge-size quake was slightly higher in Northern California than Southern California - 95 percent versus 93 percent, according to a report released Tuesday by the U.S. Geological Survey.

USGS seismologist Dr. Lucy Jones talks about planning for a devastating earthquake and the importance of water resources to fight resulting fires. Jones spoke about the plan during an LA Chamber of Commerce event Tuesday Feb. 17, 2015. (Published Tuesday, Feb 17, 2015)

"California is earthquake country, and residents should live every day like it could be the day of a big one," USGS geophysicist and lead author Ned Field said.

The latest seismic calculations largely mirror previous findings issued by the USGS in 2008. Back then, scientists also determined that California faced an almost certain risk of experiencing a Northridge-size quake.

The new report included newly discovered fault zones and the possibility that a quake can jump from fault to fault. Because of this knowledge, the odds of a catastrophic quake - magnitude 8 or larger - in the next 30 years increased.

Thousands of quakes every year hit California, sandwiched between two of Earth's major tectonic plates, the Pacific and North American plates. Most are too small to be felt.

Of the more than 300 faults that crisscross the state, the southern segment of the San Andreas Fault - which runs from central California to the Salton Sea near the U.S.-Mexico border - remains the greatest threat because it hasn't ruptured in more than three centuries.

The southern San Andreas is "ready to have an earthquake because it's really locked and loaded," Field said.

The report is a forecast, but it is not a prediction. Experts still cannot predict exactly where or when a quake will hit anywhere in the world.

In recent years, the USGS and several universities have been testing an early warning system designed to detect the first waves of a jolt and send out an alert before the slower-moving damaging waves. Proponents have said a few seconds of notice can allow trains to slow down, utilities to shut off gas lines and people to duck for cover. The public alert system - still in pilot phrase - needs more funding before it can be rolled out statewide.

There are no comments yet.

Required fields are marked with ✶

Kessler Alair Insurance is also licensed in the following additional states to better serve our clients as their business and personal pursuits expand across the nation: